We woke up to a cold morning covered with frost but no snow. We descended all day down Fuller Ridge toward Cabazon and Interstate 10. We had planned to camp after 18 miles, but it was still early in the day and the site was extremely windy, so we decided to push on. We passed some trail magic of root beer floats, then made it to the underpass of the freeway to find a water cache as well as coolers with beer, soda, and snacks. It had been extremely windy the entire way to the underpass, and was quite sheltered underneath, so our hiking group decided to hobo it and camp. I think we’re officially bums now. It ended up being a little over 21 miles today. We passed Mile 200! 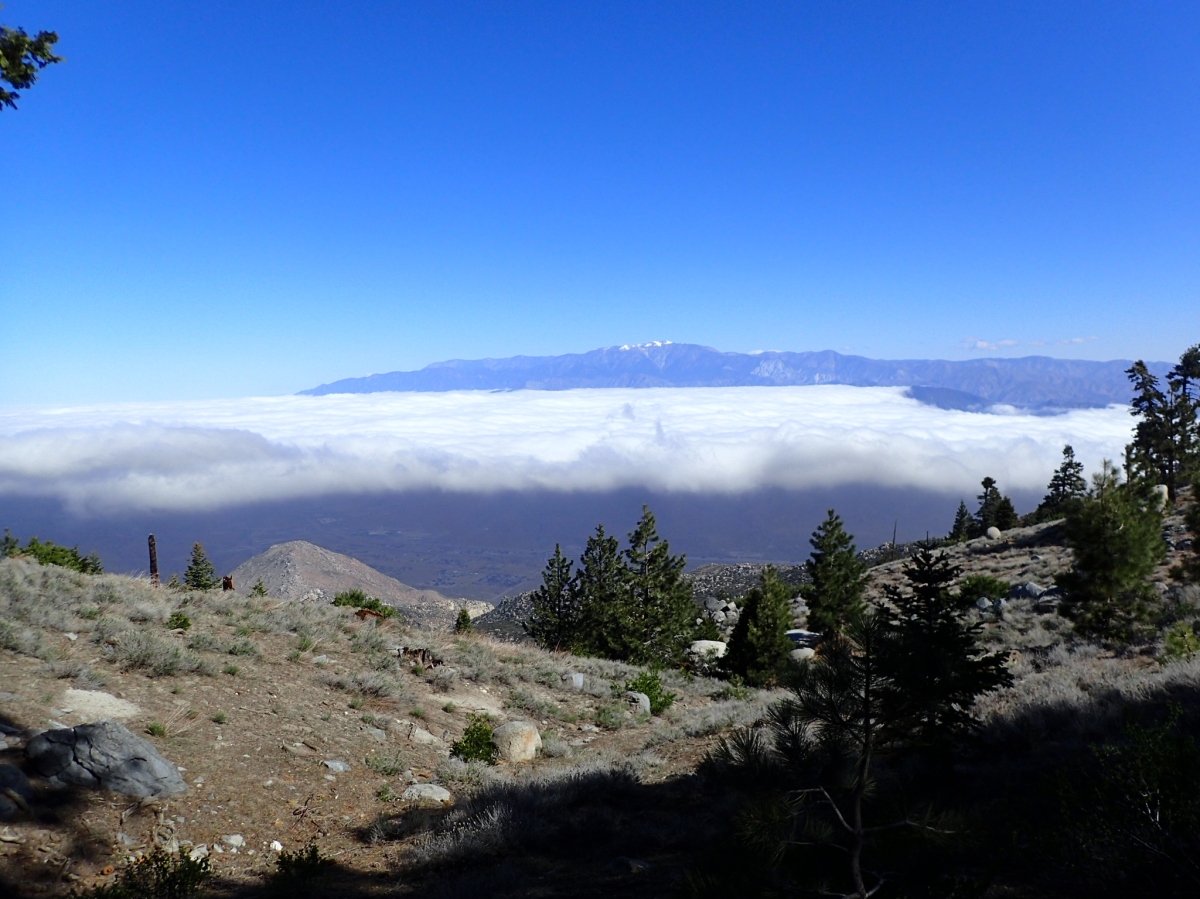