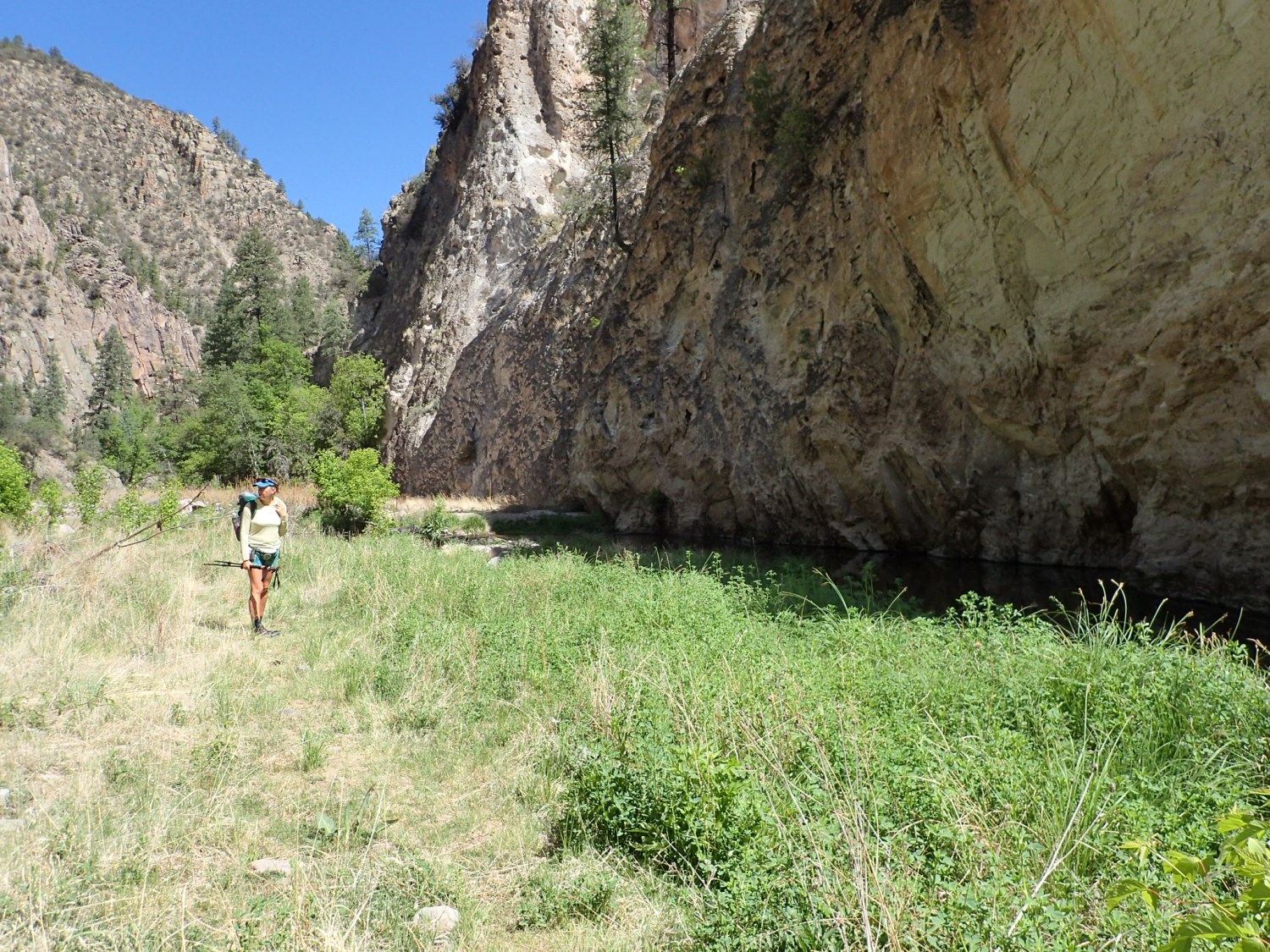 The Gila River alternate was both punishing and rewarding. After such long water carries, suddenly we were following flowing water all day long. We had shade, birds, and beautiful scenery in the canyon. At the same time, when the trail wasn’t crossing the river itself, it was either sandy or rocky. It was tiring hiking and hard on the feet. In addition we had a great deal of bushwhacking to do, which left our legs cut up and sore. Still, the alternate was totally worth it. 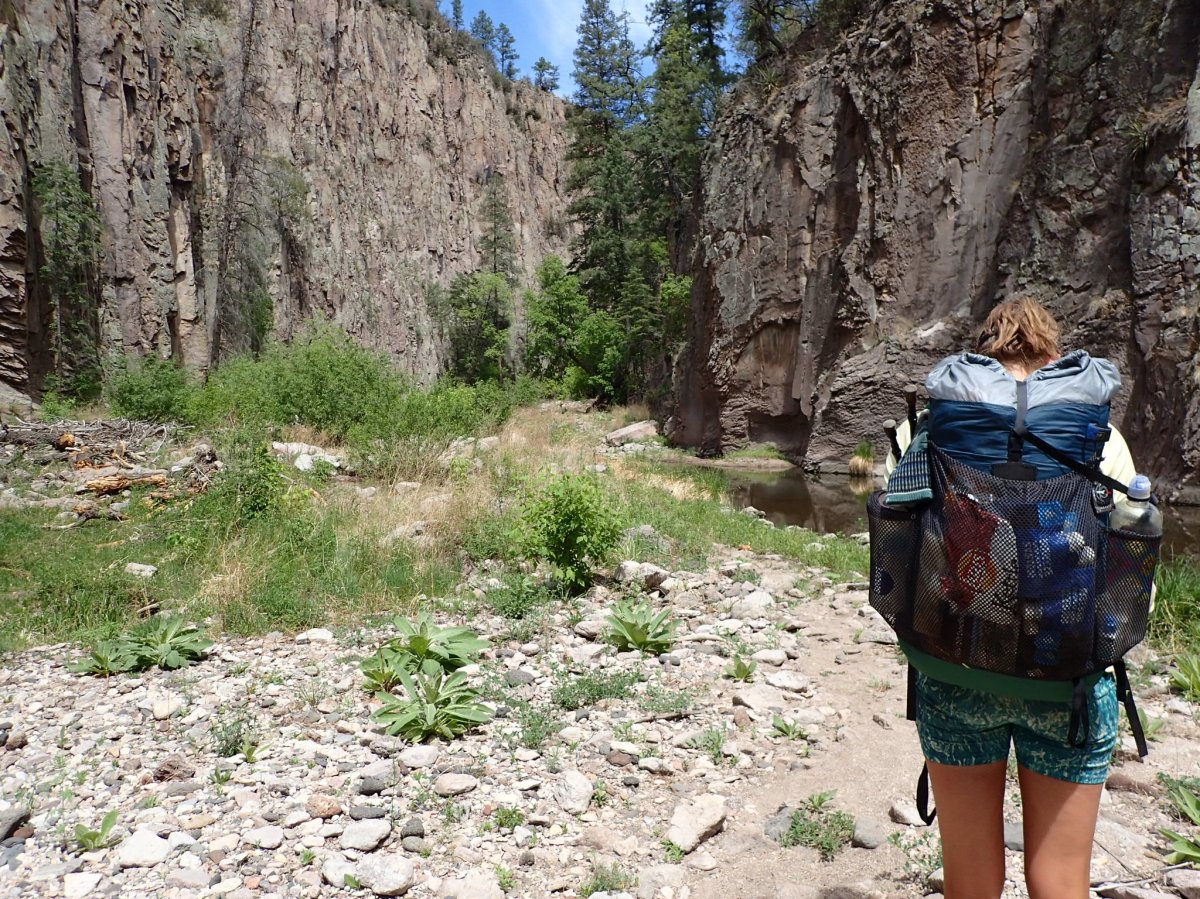 We got up this morning and headed upriver toward Doc Campbell’s Post at the Gila hot springs. Sometime in the morning we passed our 200 mile mark. We made it to the store around lunchtime.

We picked up our package, ate some food and organized our bags. We then headed up the road about 4 miles to the Gila Cliff Dwellings National Monument. We had a tour of the 700+ year old cave dwellings, chatted with the rangers, then headed back to the river and the trail. 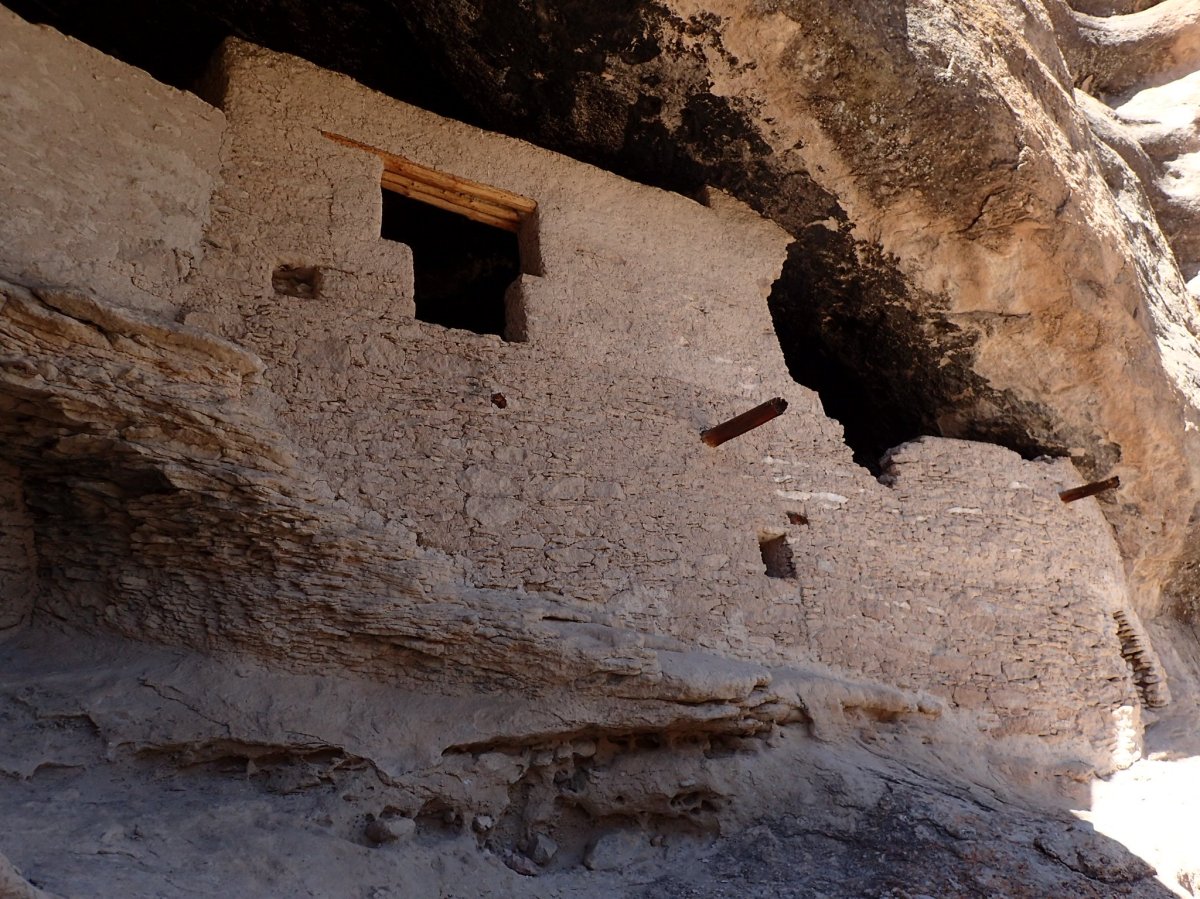 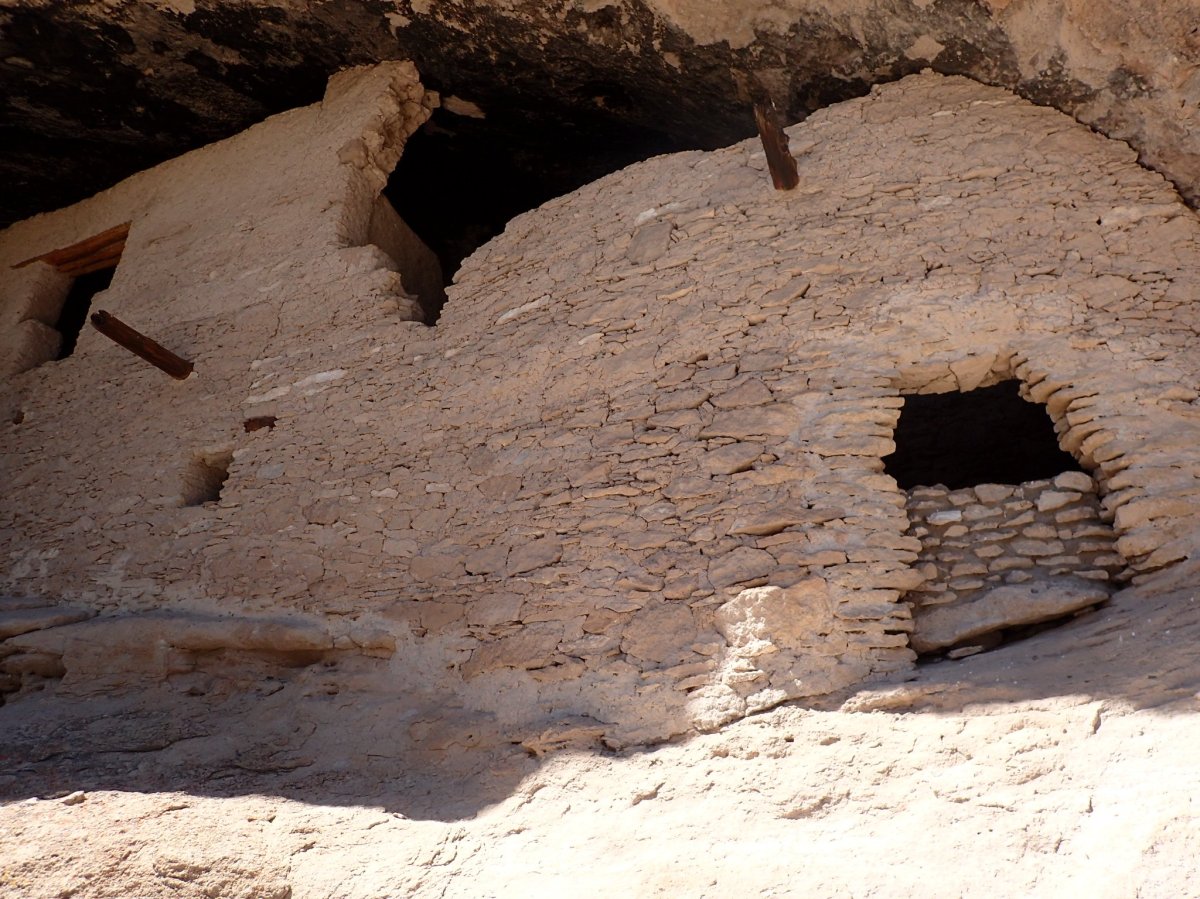 We hiked on a few more hours until we came to an awesome campsite with tall canyon walls on either side. It was a great spot so we decided to call it a night.

It was a long walk up the river today. As we progressed upstream, the canyon walls got taller and the canyon narrowed. We are now in the middle fork of the Gila, headed toward the headwaters, birthplace of Geronimo.

Birds are abundant along the river, although I haven’t taken time to really identify any new (for me) species. There are simply too many here. Mergansers, Mallards, Robins, Vultures, Hawks, Sparrows, and more. The river wound back and forth and gradually the flow grew slower. The canyon walls became a little less steep as the day came to a close. The river now is more like a wide stream. Tomorrow we leave it behind.

We followed the river upstream until it became intermittent pools and eventually just a dry riverbed. The trail eventually joined a dirt road and we will follow mostly roads back to the CDT official route.

We did have some segments of actual trail today and it felt good to be back on singletrack. The sky was dotted with clouds all day, which provided shade as well as some interesting scenery.