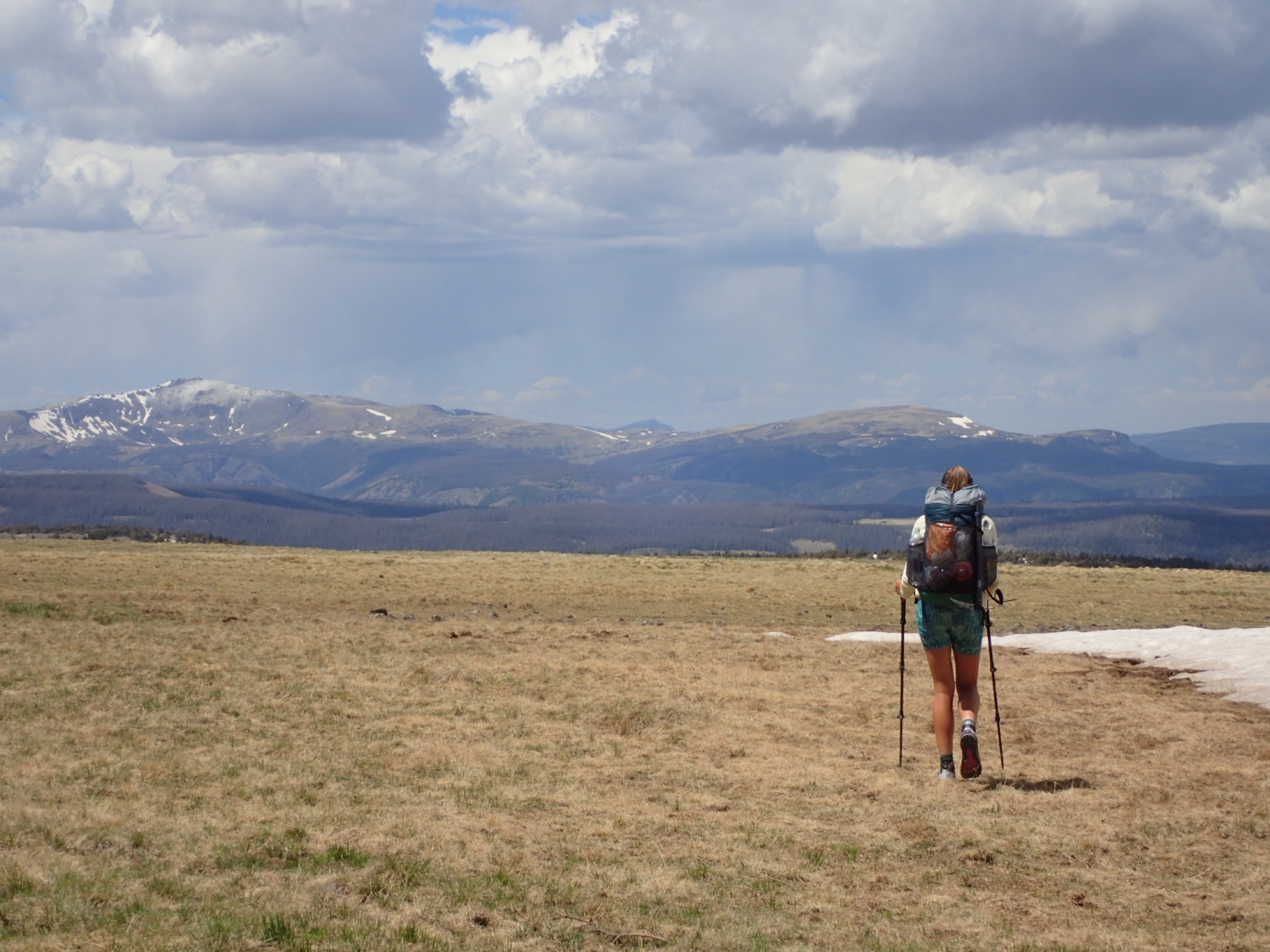 What a day. It was a beautiful morning and every hiker in town was eager to get back on the trail. We got a shuttle from a local trail angel and were back at Cumbres Pass and 10,000 feet a little after 9:00am. From there the trail went up, eventually going over 12,000 feet as we entered the San Juan Wilderness. The views were amazing, although we were feeling the altitude after several days in town. 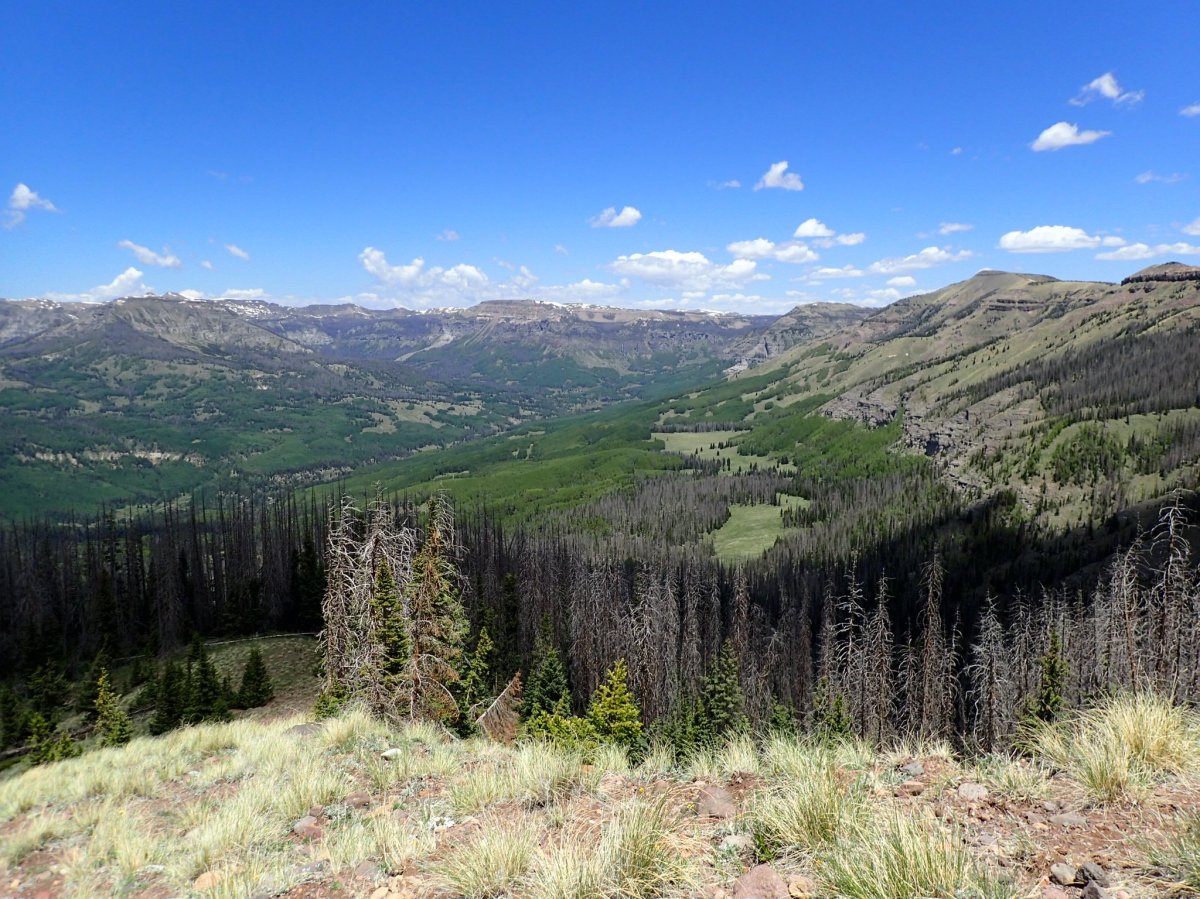 We encountered some snow patches but nothing crazy. The bigger challenge was keeping our feet dry through the areas where snowmelt has saturated the ground. We set up camp a little early, near a lake just under 12,000 feet. 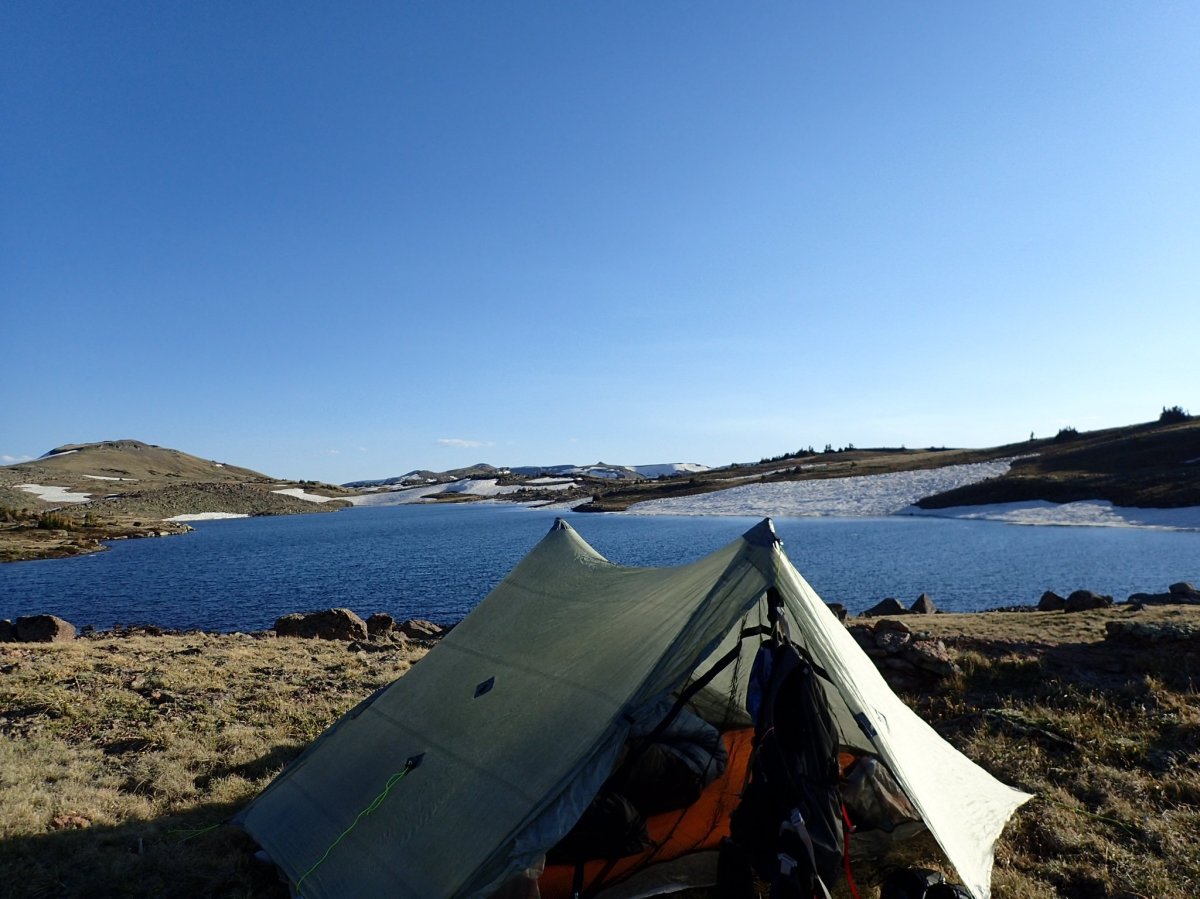 The views continued today, as we were above 11,000 feet all day. We had a pretty relaxed morning, enjoying the scenery as we climbed up and down. After lunch we went over a pass to the North and for the rest of the afternoon we had intermittent snow patches. 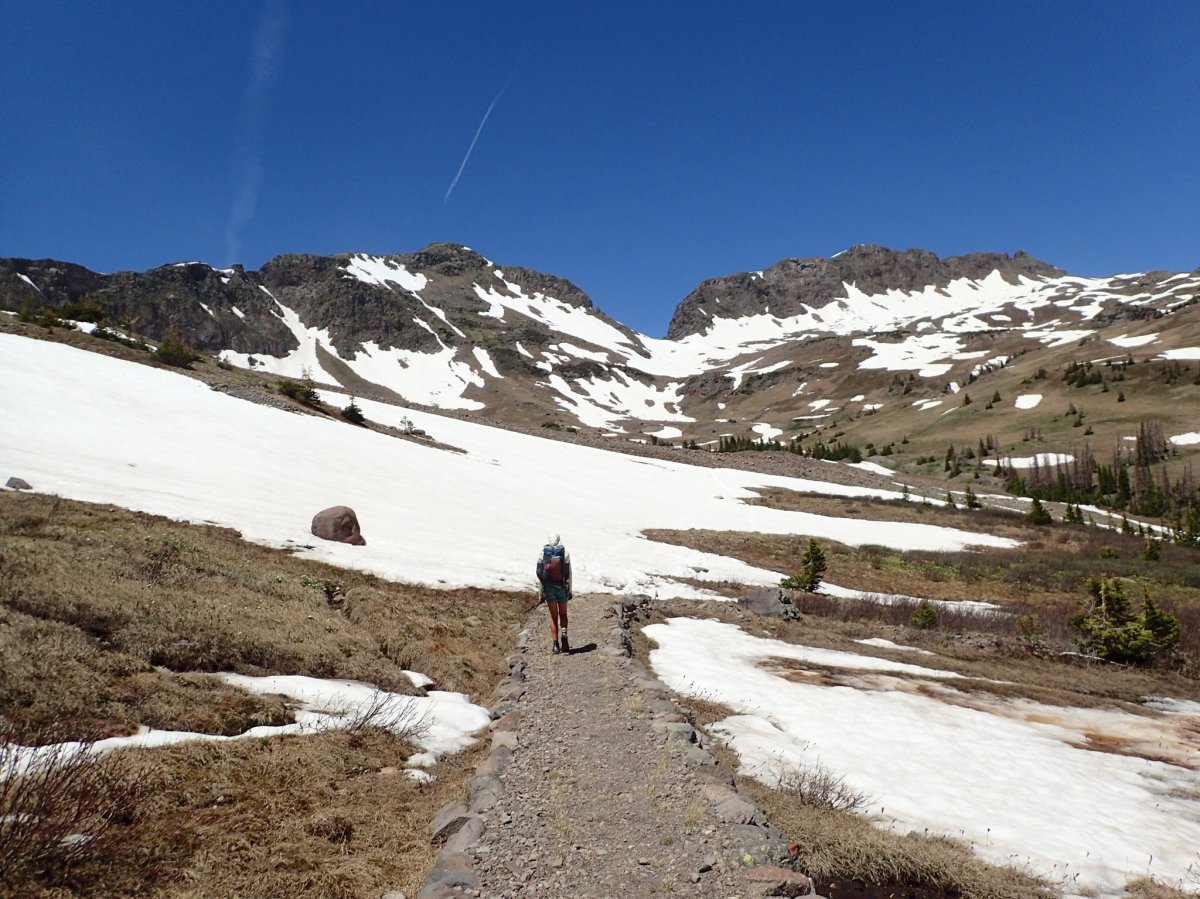 Initially pretty easy and flat, they got tougher as the terrain got steeper. Fortunately each crossing had a well worn track to follow. The biggest obstacle of the afternoon was postholing. This is not the hard pack of the Sierra, and every one of us would frequently take a step only for the snow to give out under us as we sank several feet. 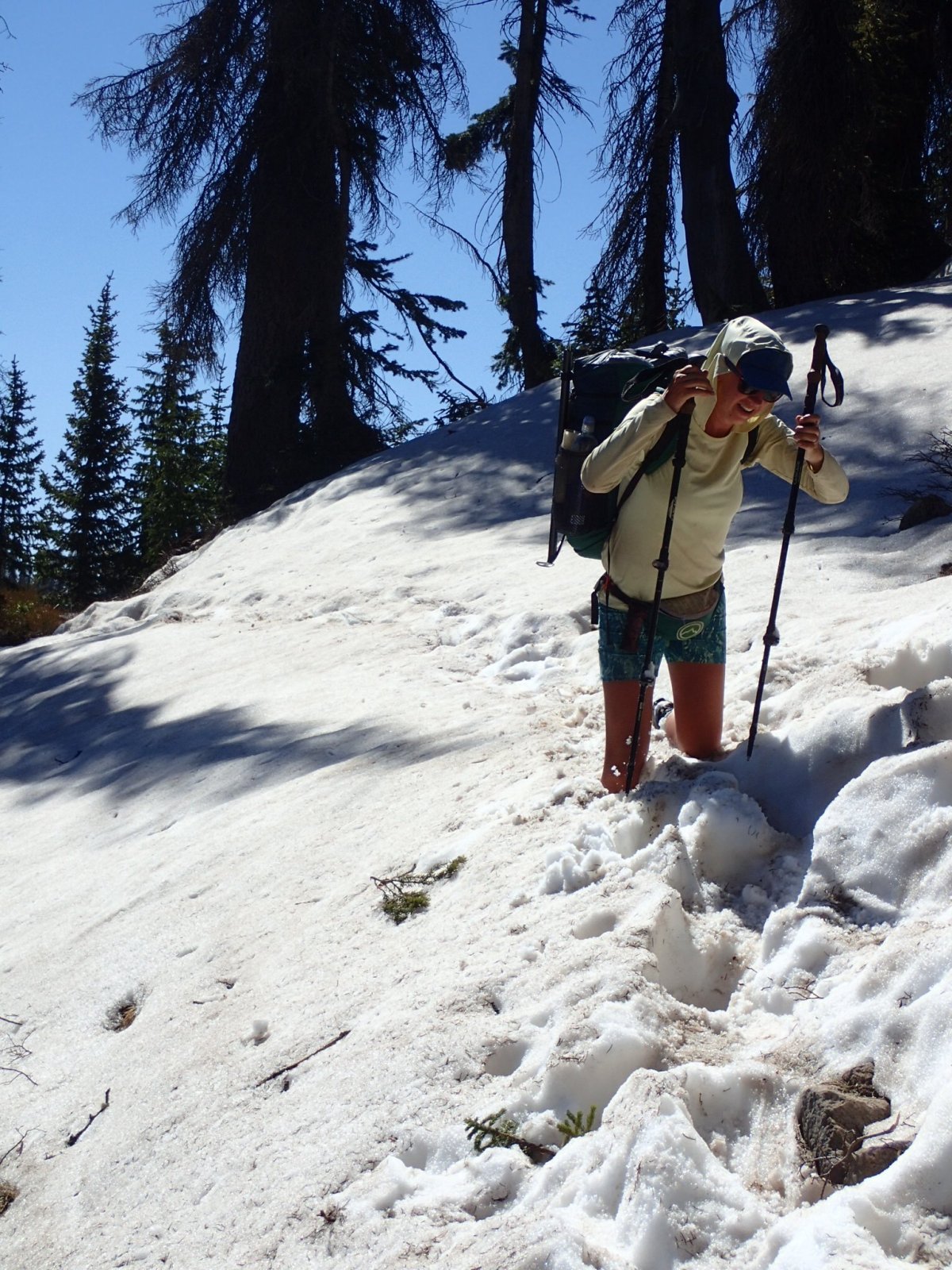 Then there was the mud. All the melting water has made parts of the trail extremely slippery, which isn’t fun way up on a ridge. The last half mile or so was our most challenging as the trail disappeared into thick, dense shrubs as tall as we were. It got so frustrating that eventually I just bushwhacked my way downhill and walked up in the creek. We were at 11,300 feet and just before a big climb up over 12,600, so we decided to camp low tonight and save the climb for the morning. We should have about 5 more miles of snow to deal with, then it clears up the rest of the way to Pagosa Springs. I’m exhausted, I think in part from altitude and in part just mentally tired from the afternoon. 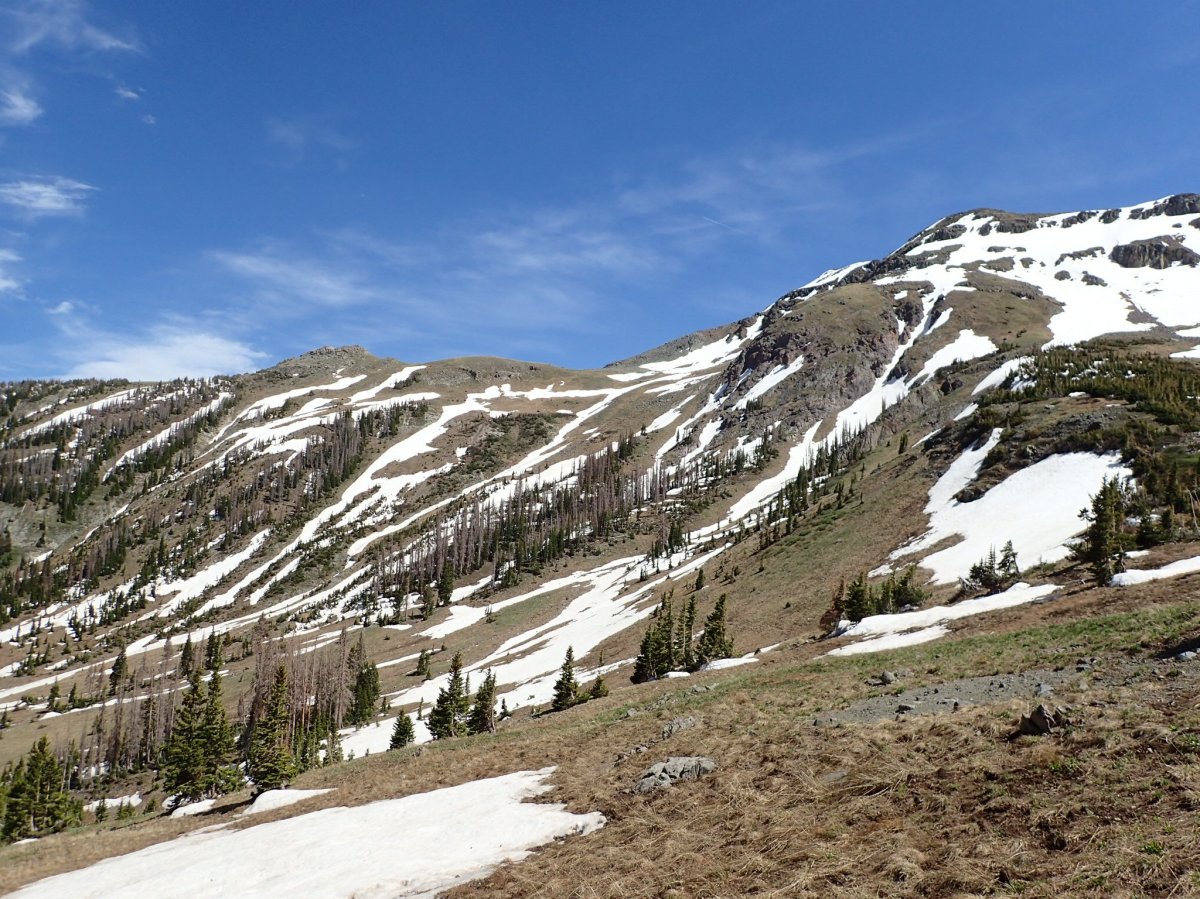 Today was a tough day. We started with some tough patches of snow to deal with, and ended up taking a route that was difficult and scary. 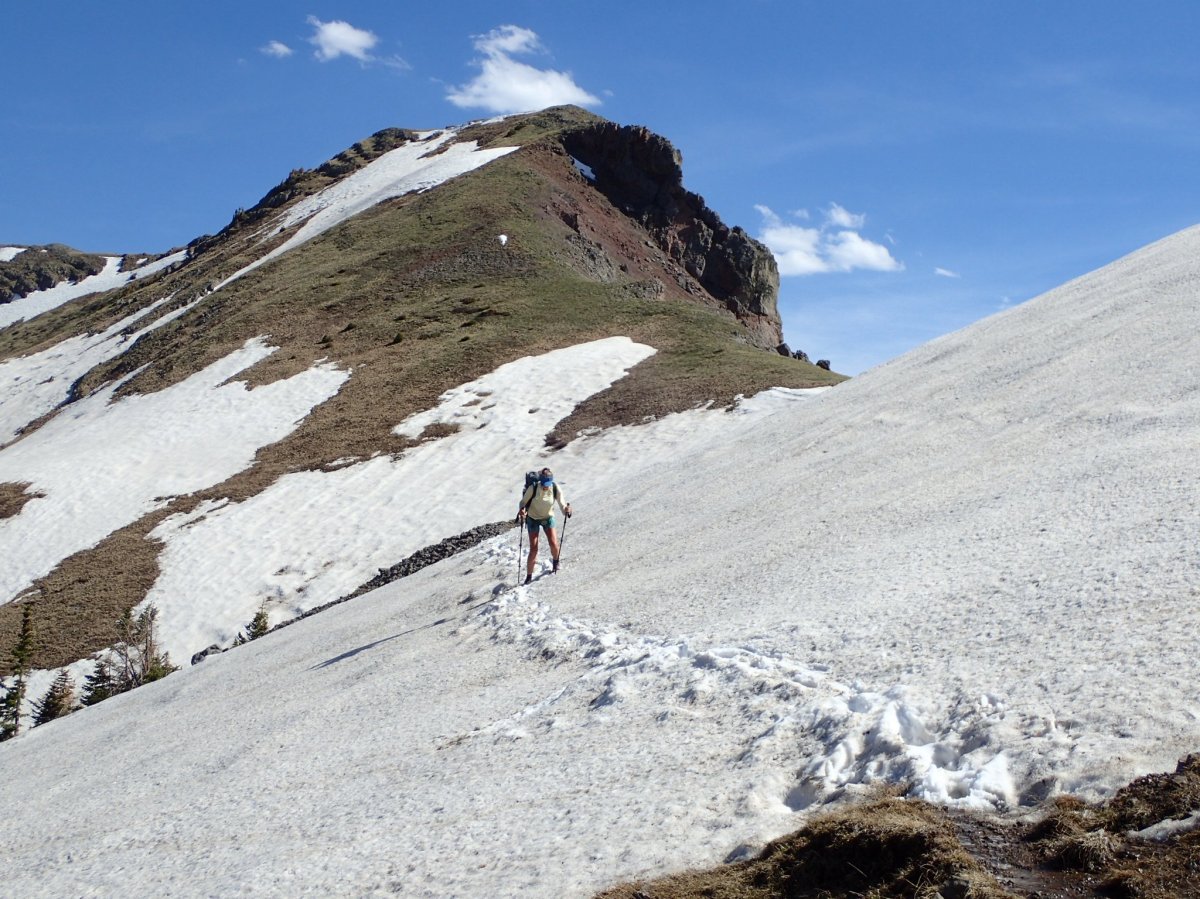 From there the trail went up some high, exposed, steep, and eroding ridges. We dealt with these on the PCT but they were short and sweet. These went on for miles. We were too nervous to stop and take pictures. 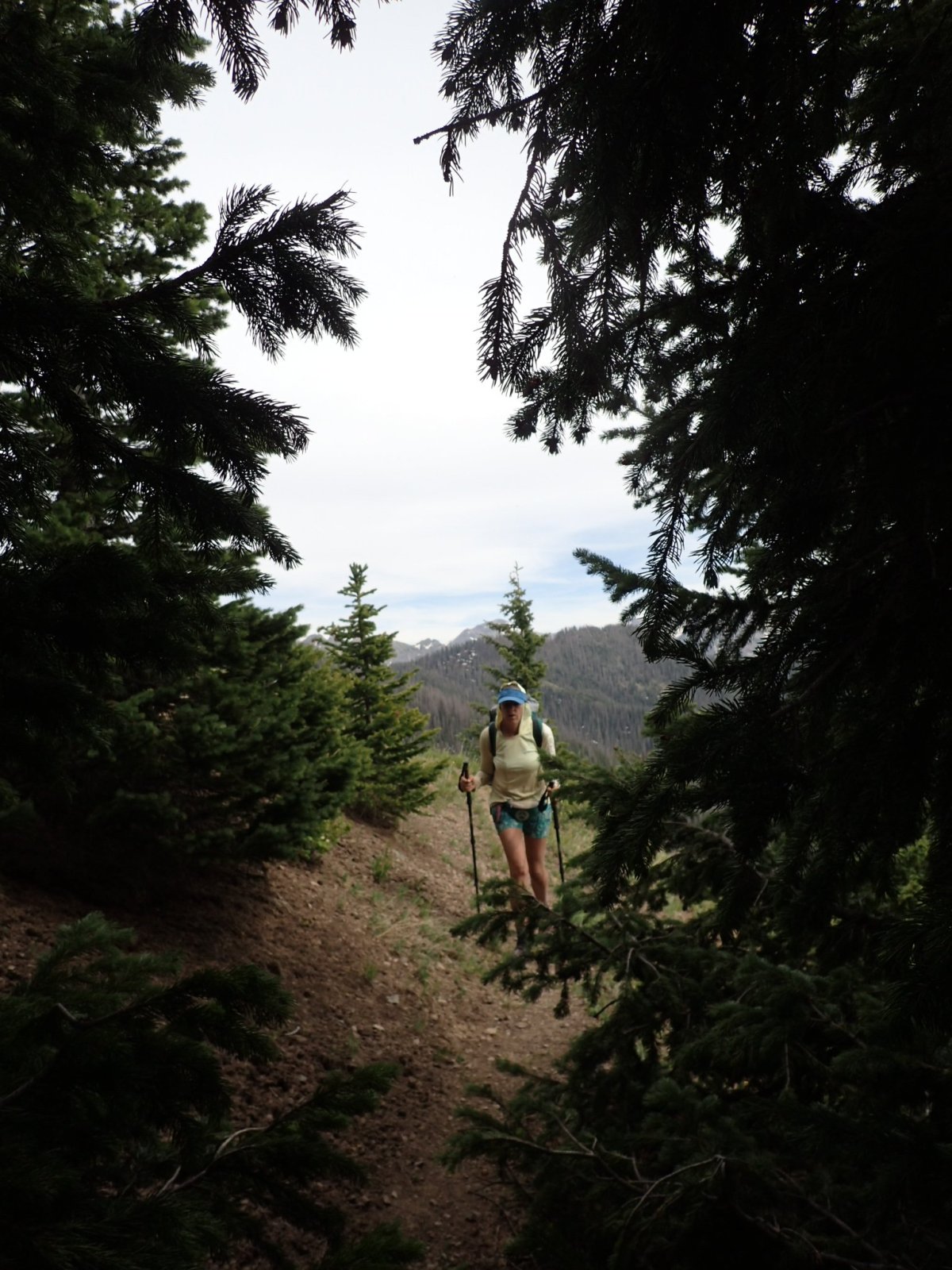 Paul and I took a late lunch break which boosted our morale for the afternoon. We needed it, as the rest of the day we were dealing with deadfall across the trail mixed with more exposed ridge walks. This forest is devastated by the pine beetle, and there are more dead trees than live ones. They fall across the trail in piles and we have to either climb up and over or navigate around on steep terrain. 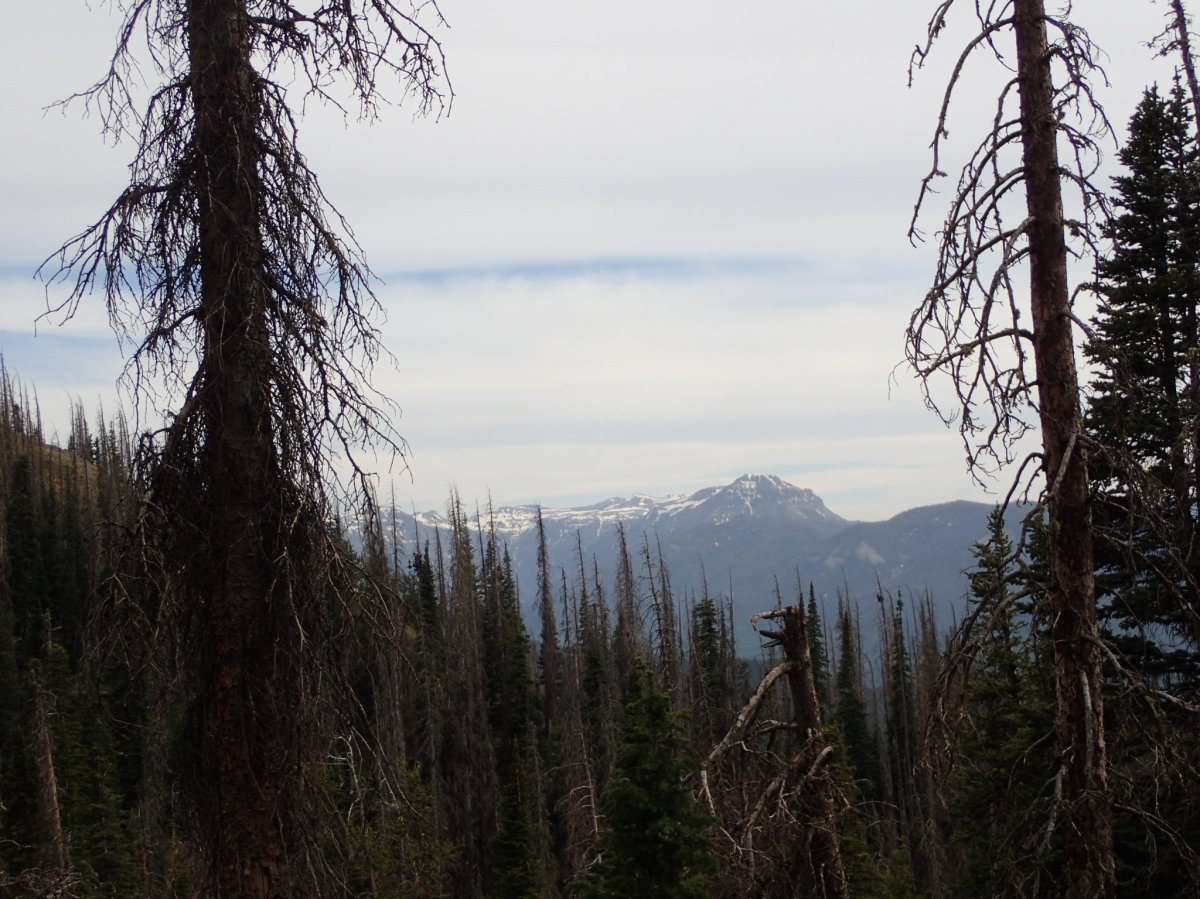 It was a challenge, but we still managed 28 miles before dark. We are camped near the highway to Pagosa Springs, and we’ll head in to town and resupply tomorrow.