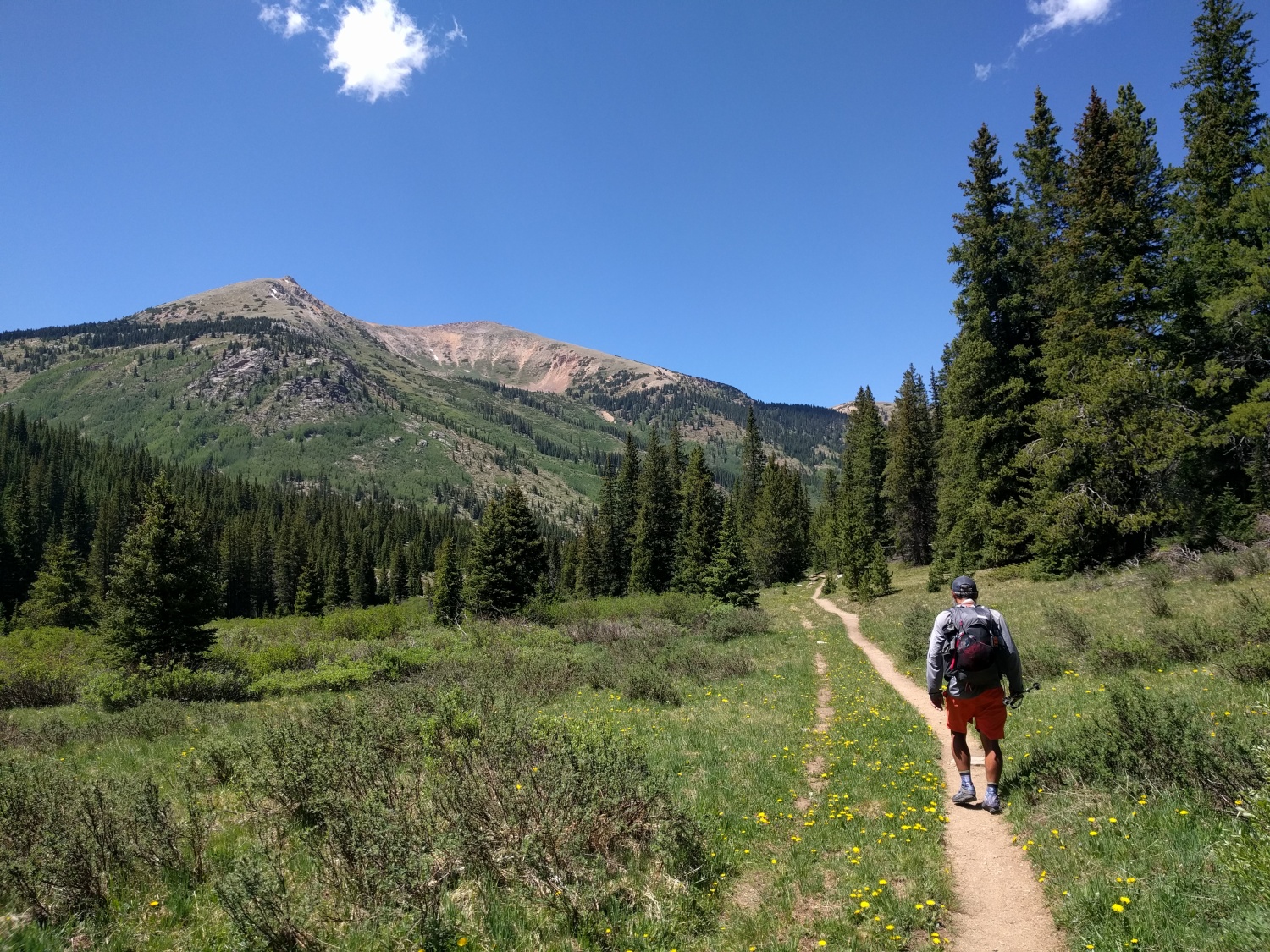 We slept in some pretty comfy beds last night, and woke up to clear skies this morning. We had breakfast at the hotel, packed up and headed out to resupply. We got a ride back up to the pass from a woman who grew up in Cedar Crest, New Mexico, a place I also lived as a kid. What a small world. About ten miles up the trail, we saw her again, out fishing with her kids and husband!

It was a beautiful day today, and as we left Monarch Pass the trail followed the Continental Divide quite closely. As we climbed we were either walking on the divide itself or just beneath it, which was pretty cool. 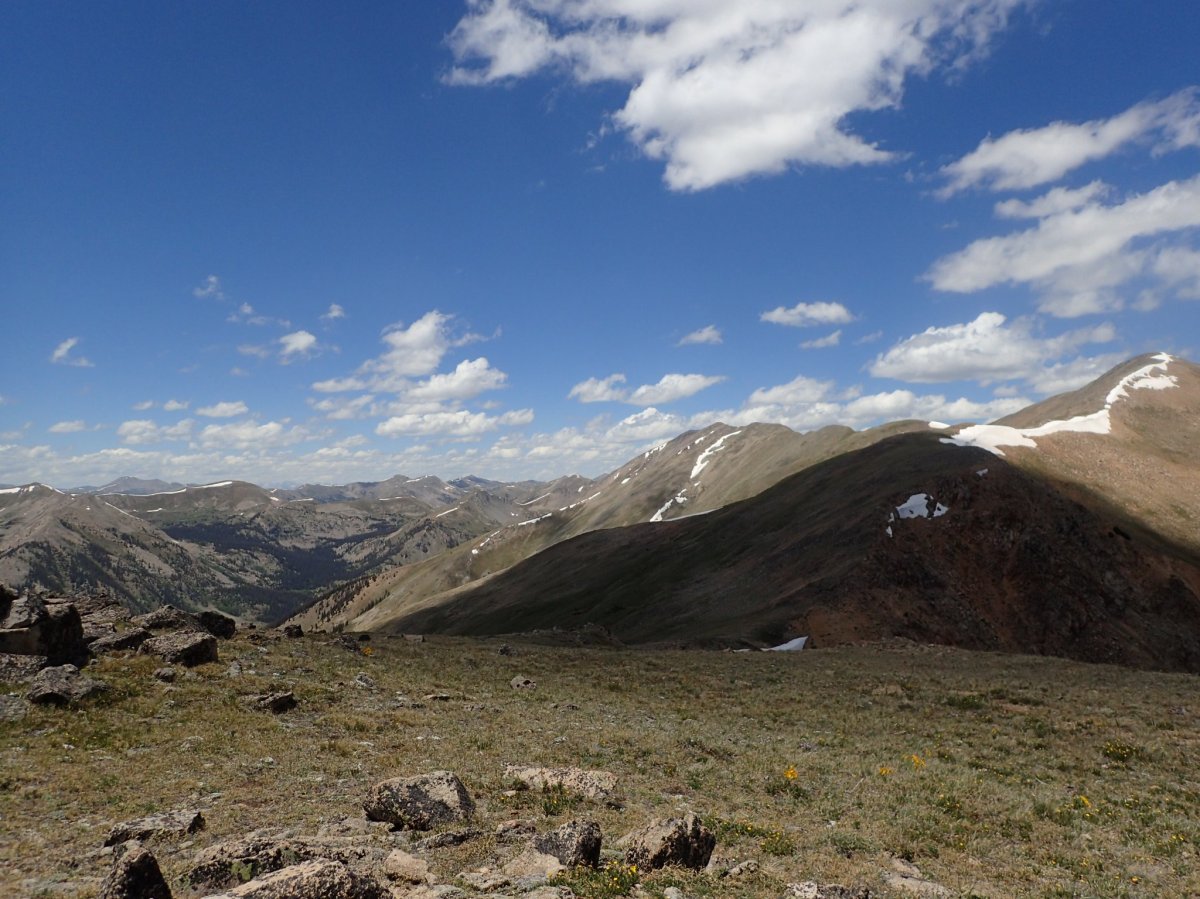 We walked past a game drive built by prehistoric people to hunt game. They built long rock walls to herd the game toward the hiding hunters waiting to ambush. Pieces of these rock walls still remain today! In the afternoon we had a big pass to climb over, with awesome rocky peaks on either side as we followed the green valley upward. We set up camp at a lake just over the pass. Not a bad view for dinner. 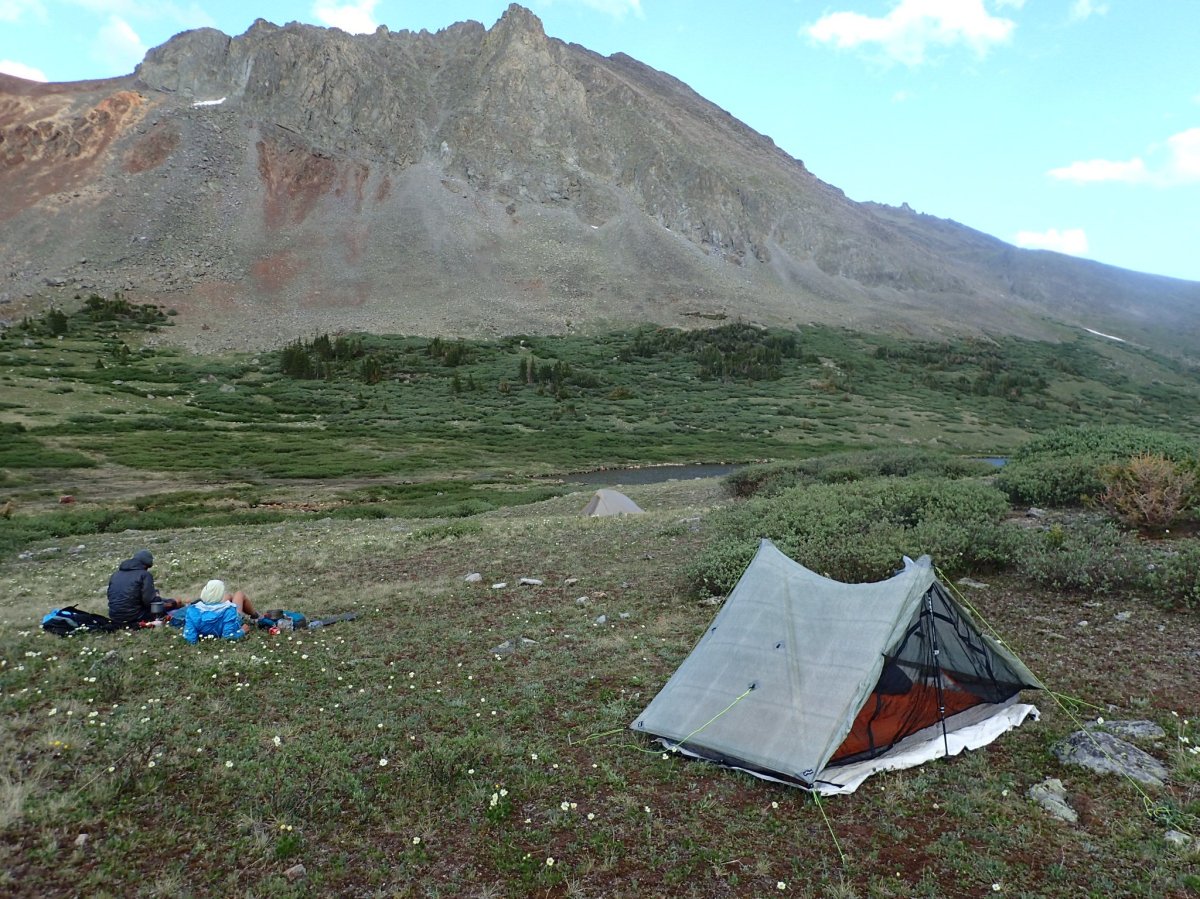 This morning we walked along an old railroad route, from the Denver, South Park, and Pacific Railroad. We learned about the struggles of operating a railroad through the snow and harsh terrain from informational signs along the way. We had an awesome encounter with a fox along the way. 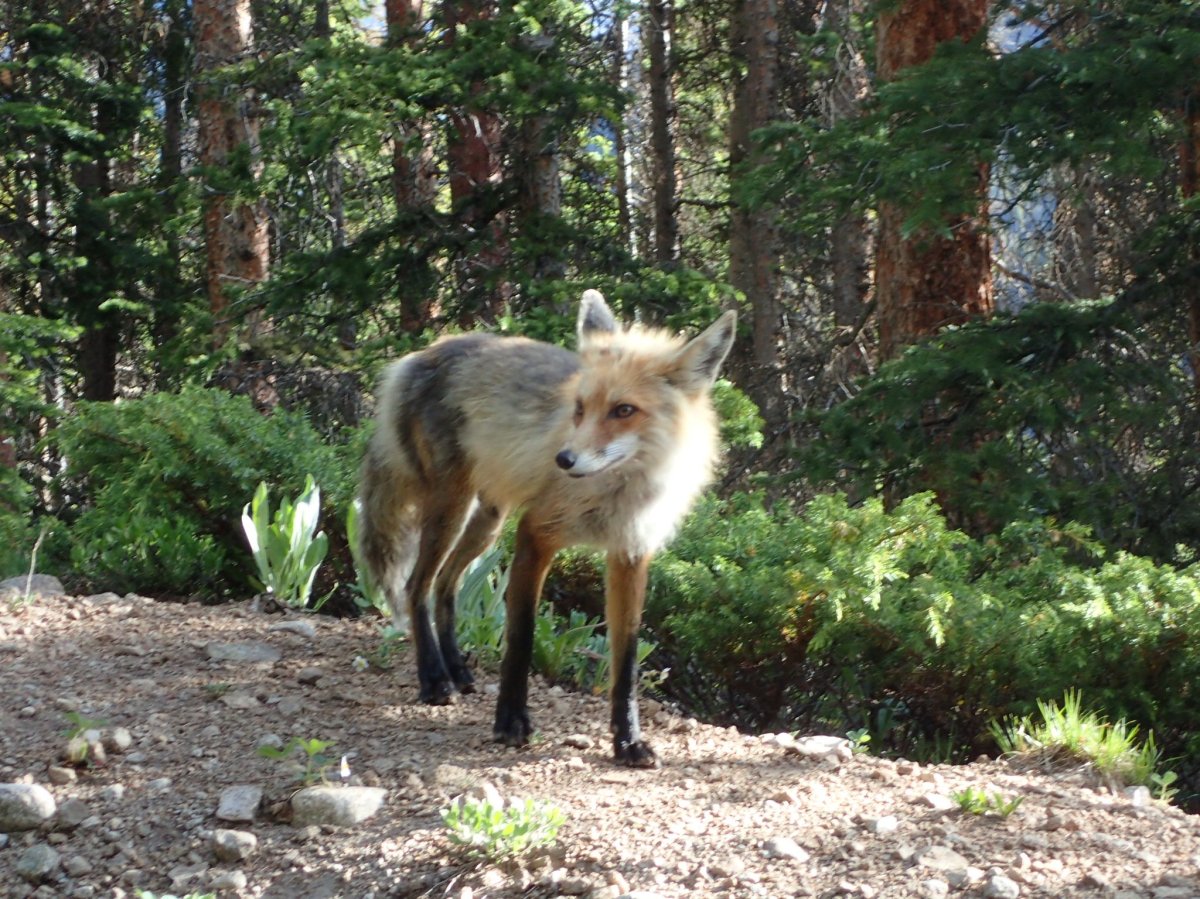 Either this fox has been fed by humans before, or never seen humans before. As we stood watching it, the fox trotted down the trail toward us, coming extremely close so long as we were being still. It even posed for a few photos before running along on its way.

The rest of the morning was rewarding hiking. We had beautiful weather, great views of the mountains around us, and some pretty nice trail. Shortly after lunch we passed our 1,000 mile mark, and stopped for a quick selfie on top of a pass.

Our good fortune changed in the afternoon, as we had long ridge walks above treeline getting absolutely blasted by an unrelenting wind. No place to take a break or eat a snack or even get some shelter from the wind. We pushed on until finally we dropped back into the trees. The views are still great but the afternoon was harder to enjoy. Fortunately we are sheltered from wind at camp tonight.

It was a cold but beautiful morning this morning as we descended to the bottom of the valley before climbing up over Lake Ann Pass. There was a large snow cornice covering the top of the pass we had to climb down, and then down a rocky slope to get back to the trail, but it was a beautiful pass with awesome peaks all around. 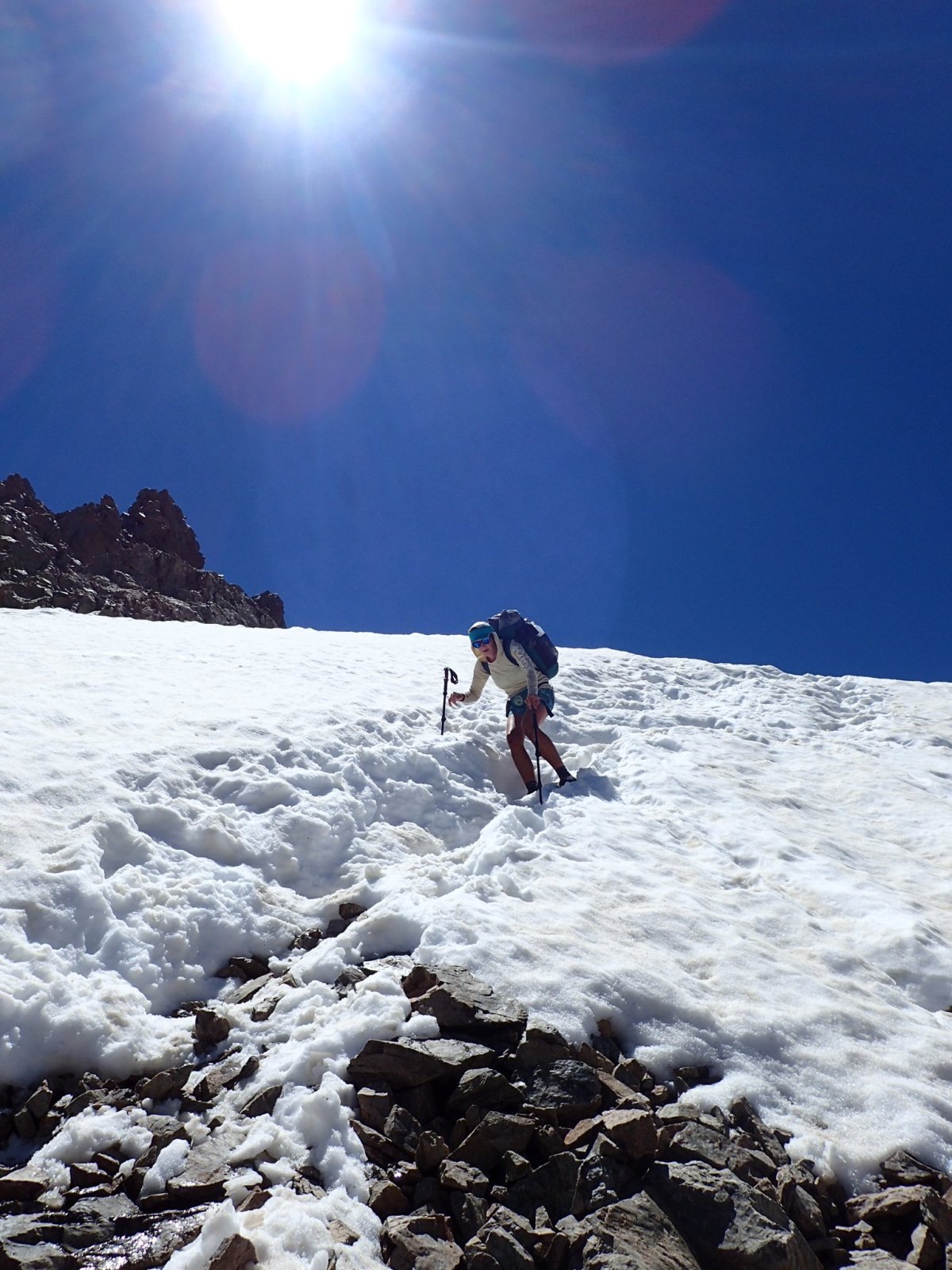 For most of the afternoon we worked our way down the valley. We saw lots of people out today. There were dayhikers, some car campers, and some backpackers out enjoying the Collegiate Peaks. 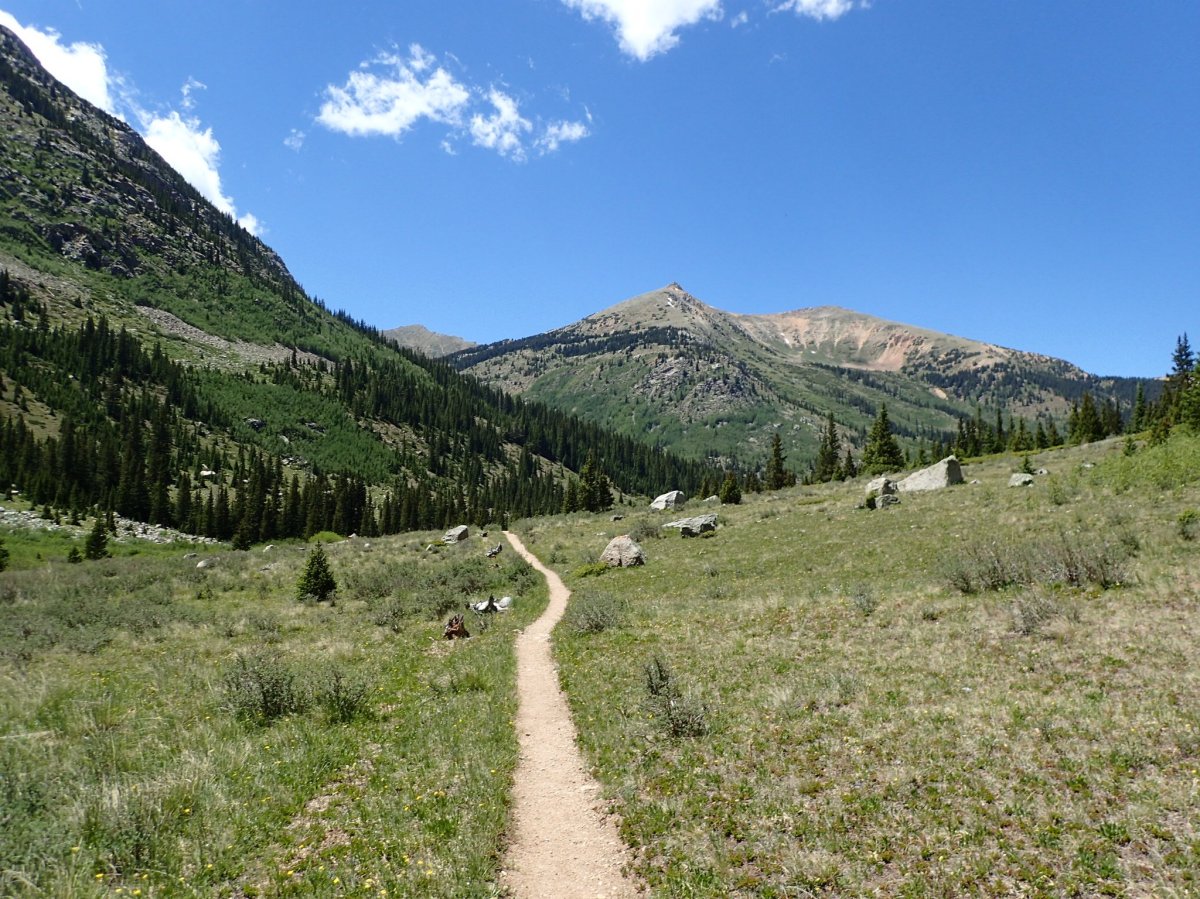 In the evening we started up Hope Pass. The trail is incredibly steep and we decided to camp early about halfway up. We’ve got 1,300 feet to climb in 1.5 miles tomorrow morning, but then we descend into Twin Lakes.