This article originally appeared on The Trek, which you can find HERE.

One of the most common questions I see from those planning a thru-hike is “how much does it cost?” Unfortunately, costs vary widely from person to person so there is no clear-cut answer to that question. But that’s not helpful either, especially when you are trying to budget how much money you need to save up beforehand.

One of the most common reasons people cite for leaving the trail is lack of funds. How do you make sure that doesn’t happen to you? Easy.

A budget is a powerful tool. My husband and I thru-hiked the Appalachian Trail in 2016 and the Pacific Crest Trail in 2017. On the AT, we did not budget. We figured this was a once-in-a-lifetime opportunity, we knew we had plenty of funds, and decided we’d make the most of it. By the end of the trail we realized we wanted to keep thru-hiking, and since we don’t have unlimited funds, we knew we’d have to follow a budget. We spent far less money on the PCT (about half as much!), and still splurged plenty. That’s the power of following a budget.

Chances are, you’ve never actually done this before. It’s not as daunting as it seems. To plan your budget before the trail, follow the steps outlined below.  For the purposes of this article, I am not going to include gear costs. The cost of gear varies widely, and it is absolutely fine to use the heavy gear you already own, the cheapest gear you can find, or even free gear from hiker boxes. Plenty of people have thru-hiked on Wal-Mart gear or homemade gear, plenty of others have spent way too much on high-tech gear only to realize it didn’t work for them. For now, we’ll just presume you’ve got your gear.  In addition, we’ll omit costs related to getting to and from the start and end points as this varies widely based on where you are from and mode of transit. 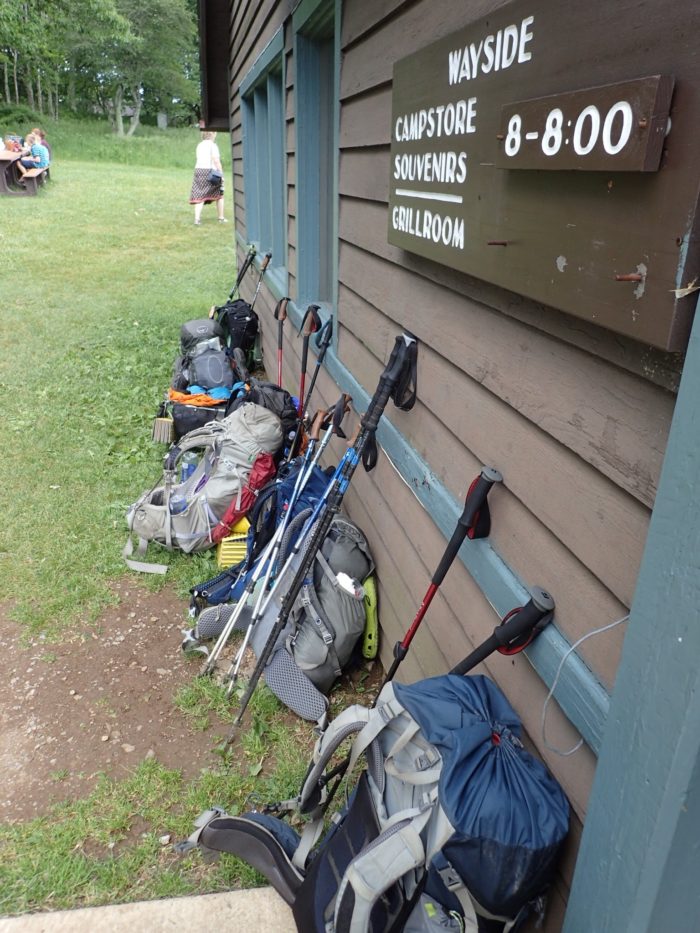 Step One: Estimate How Long You Will Hike

Following the average works well here unless you are on a strict schedule or feel you are slower than average. On average, hikers complete the AT in about 6 months, the PCT in about 5.

Step Two: Figure Out Your Fixed Costs (aka Bills)

For my husband and I, these costs are health insurance, car insurance, storage unit, cell phone bills and Netflix. Maybe you have student loans, a mortgage, Spotify, or a GPS service plan. Calculate your monthly fixed costs, and multiply that number by the number of months you will be hiking. For my husband and I, our fixed costs for 5 months totaled to about $2,000. That number may be much less for you, it may be much more. Save up that money and set it aside. It’s not for spending on the trail.

Things happen on trail. Gear breaks or fails. You might fall or get sick and have to go to the doctor or hospital. You may need to take some extra rest and recovery days. You might find you need to flip-flop and spend money on unplanned travel. I’d recommend setting aside $1,000 for unplanned expenses. Even if you miraculously don’t have to touch this money, you’ve got a little cash flow to make reintroduction to society a little easier. 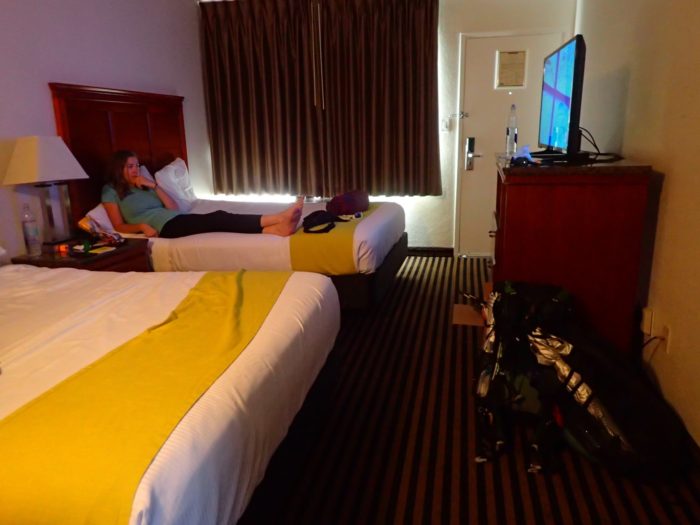 This is where things get complicated, because how much you spend on trail varies drastically depending on the choices you make.  I’m going to use relatively conservative averages that are easily attainable with a little discipline.

Towns are the places that suck your money. Restaurants are irresistible. Beer is tempting. A warm bed can feel priceless. There are plenty of ways to save money in town, and you can save even more money by avoiding town altogether, but for budgeting purposes, estimate a reasonable amount of town days and multiply that number by $50-$75. This should allow for enough money to split a hotel room or pay for a hostel, plus a couple of meals and some beer. For planning and budgeting purposes, let’s plan for one town day per week. That’s 25 town days for a 6 month hike ($1250-$1,875), or 21 for a 5 month hike ($1,050-$1,575). You could certainly take far fewer town days, but plenty of people do more. My husband and I took a whopping 24 zero days on the PCT, and that doesn’t include our many neros.

Based on these rudimentary calculations, trail costs come to around $3300-$4575. You can certainly keep the costs lower than this, but it is far easier to spend more than this. That leads us to the final step. 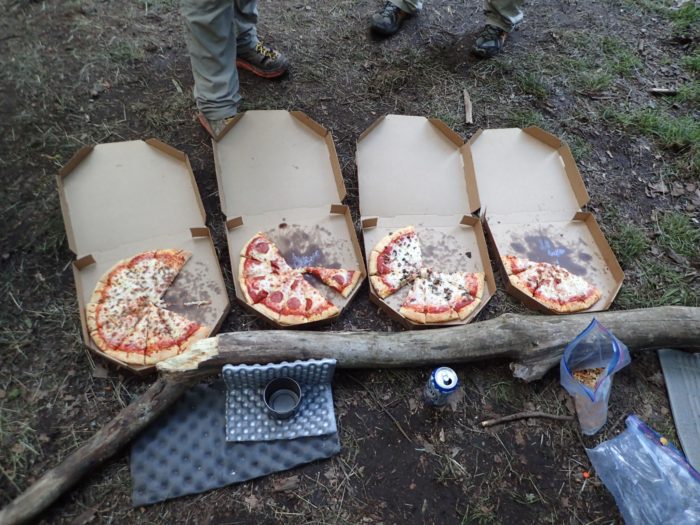 Step Five: Stick to Your Budget

Maybe you’ve saved up less money than I recommended. It’s okay. Use a budget to make that money last. Maybe you’ve saved more. You should still budget to avoid overspending. How much have you managed to save? After you have subtracted your fixed costs and emergency costs, what is left? Take that number and divide it into a weekly total.

For example: You want to hike the PCT next year. After setting aside your fixed costs and emergency funds, you’re left with $3,000, and you estimate your hike will take 5 months, or about 21 weeks. Your budget is $142 per week. Your goal is to stay under that number every week. Your surplus can roll over to cover the times you do go over budget. Or if you do go over one week, simply subtract the excess from next week’s budget.

The crucial step in budgeting is to track your expenses. All of them. You can use a (free) budgeting app such as Mint, you can simply use a spreadsheet on your phone, or you can be old fashioned and write it in a little notebook. My husband chose the notebook option, and every Friday he added up our total for the week. If we went over budget one week, we knew that the next week we’d avoid staying the night in town and/or choose cheaper food options to make it up. Because we had an unplanned flip-flop, we ultimately went over our budgeted money for the trail, but that’s where the emergency fund kicked in, keeping us under budget overall. 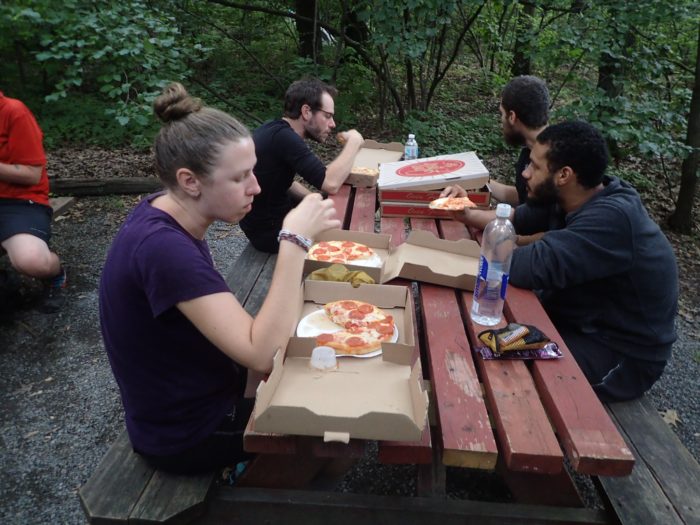